This is the penultimate round of my British Comedy Quiz, I chose a different and in my opinion underappreciated medium for the focus on this round, radio. This round focuses on the multitude of radio comedy shows which have come from the BBC over the years. The BBC put out a fantastic array of radio comedy shows and I think many are overlooked or only get attention when they are picked up and the format converted for TV. As this was a bit more of a challenging round for some of the clientele of the pub, I went for a slightly easier round. See how you do on this.

Question 1: Which Radio Show is famous for having a round with rules which are made up and change every single week depending on location where the aim is to end up at Mornington Crescent Tube Station.
I’m Sorry I haven’t a clue

Question 2: Everyone knows Dad’s Army as a TV show, but it was also a radio show with the same plots and stories, but which came first? Radio show or TV Show?
TV Show (July 1968 was the first TV Broadcast and January 1974 was the first Radio Broadcast)

Question 3: Which comedian who hosted his own Radio show and podcast is famous for his one liners and puns and is the brother of a Radio 2 DJ?
Tim Vine (Brother of Jeremy Vine)

Question 4: The Radio show “The Unbelievable Truth” Where contestants must write a lecture to smuggle truths past a panel in a lecture without the truths being spotted is hosted by which half of a double act?
David Mitchell (Mitchell and Webb)

Question 5: Question 5. Which Left wing comedian is known for their Radio programme where they travel to small towns in the UK and take the piss out of the locals.
Mark Steel’s in Town

No sources listed I’m afraid, but feel free to take a look at the BBC’s array of radio shows and you might find something you’ll enjoy, I can wholeheartedly recommend The Unbelievable Truth currently broadcasting it’s 25th series! 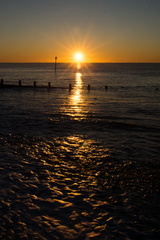