This is the second snowball round I wrote, this time with a theme of the United Kingdom. The quiz consists of 6 questions which get progressively harder as we go along. As soon as you get an answer wrong, you’re out. Nobody made it to the end of this snowball round, so the pot rolled over, good luck at home!

As it takes place at the end of the evening, some of us need a little help so traditionally the first answer is always D, the second answer is almost always D. Good Luck!

Question 1: In which country of the UK does the Royal Mint actually mint all of it’s coins? Answer: D, Wales
Question 2: How many counties are there in England? Answer: D, 48
Question 3: Which is the Longest River in the United Kingdom? Answer: C, The River Severn
Question 4: What is the length of Kent’s Coastline? Answer: D, 350 miles
Question 5: Where in the UK can the public receive the highest radiation dose? Answer: B, St Austell Brewery, Cornwall
Question 6: Bergerac was a long running crime drama set on the island of Jersey, During it’s 10 year run many well-known actors had guest roles in Bergerac, either before or after rising to fame. But which of the following did NOT appear on the show? Answer: D, Chris Barrie

Question 5: This took a bit of research…..I used figures for areas that only the general public could get access to. So I found a figure for the radiation dose you can get from standing on the platform at Sellafield station in Cumbria, right next to the nuclear facility, which is 0.8 millisieverts (mSv) per year, a pittance in comparison to the 2.7 mSv which Public Health England estimates to be the UK’s average annual dose. For Harley Street Dental Clinic I used the same figures from Public Health England for a dental X-ray (0.005 mSv) which means you would could have 160 dental X-rays a year or stand on the platform at Sellafield station, whichever takes your fancy. As for the Airport Security Scan at Belfast Airport I found an article from Science Daily about airport security scanners at Los Angeles International Airport which found that one full-body scan delivered approximately 11.1 nanosieverts of radiation, far less than the 24 mSv that you would be exposed to on the flight itself. As for the highest dose in my list, it was for the natural background radiation in Cornwall which was 6.9 mSv. As I had the whole of Cornwall to choose from I decided to pick a brewery for everyone to recognise and that’s how I ended up with The St Austell Brewery, I probably ought to point out that the levels of radiation have nothing to do with the brewery itself and it is just a natural background radiation from the unavoidable geology of Cornwall. 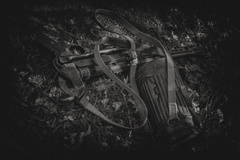