This is the second quiz round I wrote for the Alehouse quiz I came up with. For this round I decided to go for a quote round which can go well, but also bomb depending on your audience. For this one I tried to get some pop culture and a range of things people would know about, it is a slightly more difficult quiz for the average audience I take it to. I would say if you can manage a 3 out of 5 for this round then that would be a good score.

Question 1: In 1994 in this long running TV show’s 6th series, who came out with the immortal phrase “Me fail English? That’s unpossible.”?
Ralph Wiggum (The Simpsons)

Question 3: In a 2016 TV interview, this person was faced with an interviewer who questioned their ability to be humble, so they replied with “I think I am actually humble. I think I’m much more humble than you would understand.”
Donald Trump (60 Minutes TV Interview)

Question 4: On the panel show Mock the Week who said “Nobody thought Mel Gibson could play a Scot but look at him now! An Alcoholic racist!”
Frankie Boyle

Question 5: In 2006 which country failed to win the Eurovision Song Contest with a song which almost entirely comprised of the lyrics “We are the winners of Eurovision”
Lithuania – (LT United, We are the Winners)

As an early quiz, I haven’t got any sources for this round. But your search engine of choice should find one for you. I have to say that for question 3 I would be tempted to change the quote, but at the time I wrote this round that quote was considered a bit mad. How things move on… 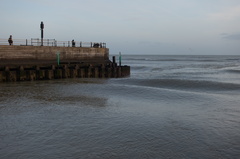