1 thought on “Alehouse Quiz Round 3” 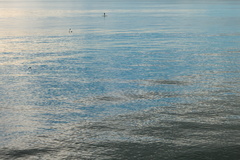 The Reflections in the Sea off of Brighton Beach had an odd mix of colours on the day. Just to give a seaside feel there are a lobster pot, a paddleboarder, and a seagul in the image as well.